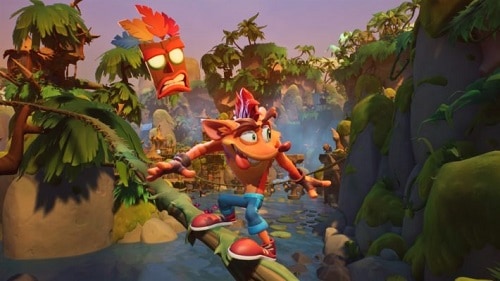 For some time now, we have been hearing rumors about working on new games for the character Crash Bandicoot, including a new fighting game, and today leaks have spread on the network about this game, which seems to be called Crash Wumpa League, which is a team fighting game that puts 4 against 4 players.

The game will introduce the famous Crash Bandicoot characters and a number of its original characters. The leaks included a set of artistic designs and gameplay clips taken from the initial testing phase of the game, which can be viewed through the presentation below.